The regulation of competition in UK digital markets is changing

The new “pro-competition regime for digital markets” that is envisaged would deliver major changes to the way that competition is regulated in the UK currently, and increase the level of oversight and potential intervention over mergers and acquisitions in those markets.

The plans reflect – with some modifications – recommendations made by the UK’s digital markets taskforce, the Competition and Markets Authority (CMA) specifically, and John Penrose MP. The proposals – open to consultation until 1 October 2021 – form part of a wider suite of reforms to the UK’s competition, merger control and consumer protection frameworks that are planned.

A major role for the Digital Markets Unit

The Digital Markets Unit (DMU) was established in April 2021. It sits within the CMA. The government is proposing to place the work of the DMU on a statutory footing and its consultation considers the powers the body should have when carrying out its functions.

The DMU’s main task will be to regulate businesses that it deems to have ‘strategic market status’ (SMS). Businesses designated as having SMS will need to comply with bespoke codes of conduct and their planned corporate transactions will be subject to the DMU’s oversight under a special merger control regime.

A strategic markets status designation and what it means

An SMS designation will be given to businesses that the DMU considers have “substantial” and “entrenched” market power in at least one “activity”, and where this market power gives the firm a “strategic position”.

Where a business has both substantial and entrenched market power, but does not hold a strategic position, the government considers that “in many cases existing competition tools will be a more proportionate way of addressing this than those of the new pro-competition regime”. It said it would be “disproportionate to include all digital firms with substantial and entrenched market power in the regime” if they do not also hold a strategic position as a consequence of their market power. This aligns with views expressed in the Penrose Review.

Under the proposals, the DMU would focus on whether a business holds SMS in respect of particular activities, rather than all of its activities – an approach aimed at ensuring the regime focuses on the parts of a business considered as posing the greatest risk to competition. Such a targeted approach contrasts with more mechanical criteria for designating and regulating digital ‘gatekeepers’ under the European Commission’s proposals for the Digital Markets Act.

The specific activity or activities falling subject to the SMS designation would be governed by an enforceable code of conduct and pro-competitive interventions under the new UK framework. However, the whole business would be designed SMS for the purpose of the planned new mergers regime for these businesses.

The government does not intend to require the DMU to formally define the relevant market in which a business holds SMS in respect of a specific activity. It also plans to limit the scope of the new SMS regime to activities where digital technologies are a “core component” of the products and services provided as part of that activity, and not where the where digital technologies are merely “material to” the products or services provided as part of the activity as the digital markets taskforce had proposed.

The proposed designation process should take nine months, according to the government’s proposals, and public consultation would start six months after the designation process begins. An SMS designation would last five years, any reassessment would occur within a statutory deadline. Businesses would be able to have the SMS designation lifted sooner if there is a material change in circumstances relating to the designated activity which makes continued designation inappropriate. If the DMU rejects the request for such a review, another review request would not be able to be made for 12 months.

The activities of businesses falling subject to the SMS regime are to be governed by legally binding principles, embodied in a code of conduct that the DMU can enforce. In addition to high-level principles which would be applicable to all SMS businesses, the DMU would be able to formulate business-specific legally binding requirements.

The codes should promote fair trading, open choices and trust and transparency, and anticipate and prevent practices which exploit consumers and businesses or exclude innovative competitors, such as entrenching and protecting or extending market power, exploitative conduct, and unreasonably restricting customer choice.

The powers of the DMU to take enforcement action in relation to breaches of the codes of conduct would be complemented by additional powers to implement measures to open markets to greater competition and to address the root causes of a firm’s substantial and entrenched market power. These pro-competitive interventions (PCIs) would remedy underlying or structural issues that code principles could not address. According to the proposals, the DMU would have a broad discretion to craft PCIs.

PCIs could only be imposed by the DMU if it finds there is an adverse effect on competition resulting from SMS business practices. This is the legal test which the CMA applies in relation to formal market investigations.

The DMU would have a statutory deadline of nine months to conclude investigations prior to imposing PCIs, although they would be able to extend those investigations by an additional three months in particularly complex cases. The process envisaged would be considerably shorter than the two years it can take from the start of CMA market investigations to the point of imposing changes under the existing framework, although the government is consulting in parallel on proposed reforms to the UK markets regime.

While the CMA has similar scope to design market investigation remedies under the existing framework, the government’s view is that PCIs would give the DMU more flexibility than exists at the moment to implement remedies in an “incremental, proportionate and coherent way”; for example, starting with smaller interventions and considering their effectiveness before implementing more interventionist remedies.

It is not yet clear whether the DMU will be given the power to impose ownership separation requirements through the PCI mechanism.

The DMU would have wide-ranging information-gathering powers similar to those of Ofcom and the CMA, including the ability to gather information from non-SMS businesses. Those powers would be backed up by penalties for non-compliance of up to 1% of a business’ global annual turnover and scope for the DMU to impose further daily penalties of up to 5% of average daily global turnover for continued non-compliance. The DMU could also require production of information and documents, conduct interviews and dawn raids, and compel firms to collect, create and store information. The DMU would also, under the government’s plans, have extraterritorial reach to its powers to request information from abroad and to enforce against conduct occurring overseas where there is sufficient connection to the UK.

The government does not currently plan to give the DMU broader monitoring functions beyond the SMS regime, meaning its information gathering powers are restricted to the context of a formal investigation.

The government has proposed that businesses are given scope to raise an appeal against DMU’s decisions on SMS designation, PCIs and penalty decisions before the Competition Appeals Tribunal (CAT).

The government is considering whether formal arrangements will need to be put in place between the DMU and other regulators such as Ofcom, the Information Commissioner’s Office and Financial Conduct Authority, to ensure regulatory coordination in digital markets and appropriate information sharing.

While the consultation proposes a broad range of checks and balances intended to ensure the DMU’s functions are conducted in a proportionate, efficient, and transparent manner and that businesses are afforded appropriate procedural safeguards, it is clear that businesses designated as holding SMS will be subject to additional scrutiny, compliance obligations, potentially intrusive remedies, and the risk of significant sanctions – including individual liability of senior management – for non-compliance.

Arguably the biggest change would be the introduction of a new duty for SMS businesses to give advance notice of all imminent merger activity in tandem with new criteria for triggering the CMA’s review powers. The proposed changes would provide the CMA with greater scope to review transactions involving target businesses that have either assets or revenues, users, employees, R&D activities or a legal presence in the UK.

Under the plans, SMS businesses could be prevented from completing some deals pending the outcome of the CMA’s merger review, though a fast-track system could also be introduced to ensure deals considered to be unproblematic are cleared quickly.

Introducing new merger control rules specifically for SMS businesses will significantly increase the compliance burden for these businesses, including mandatory self-reporting of all transactions and, more significantly, the prospect of mandatory and suspensory UK merger approval. This change, if introduced, could incentivise firms to strongly resist SMS designation, request an earlier ‘release’ from SMS designation, or appeal a DMU designation decision to the CAT.

In contrast, under the EU’s proposed Digital Markets Act ‘gatekeeper’ firms will be required to inform the European Commission of any intended transactions only if these involve the digital sector. Moreover, the Digital Markets Act does not seek to modify EU merger notification thresholds.

While the UK government’s merger proposals are motived by the desire to prevent ‘killer acquisitions’ by major technology companies, the regime needs to be appropriately balanced to avoid regulatory overreach and stifling of M&A activity in the UK. 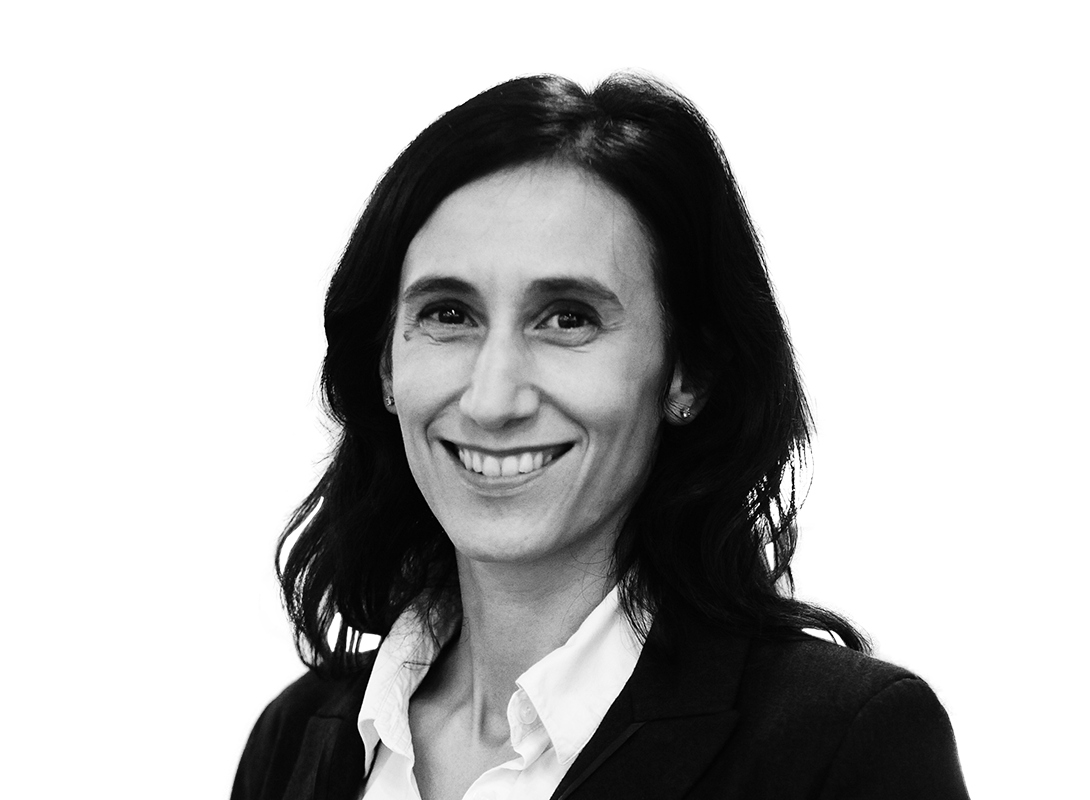 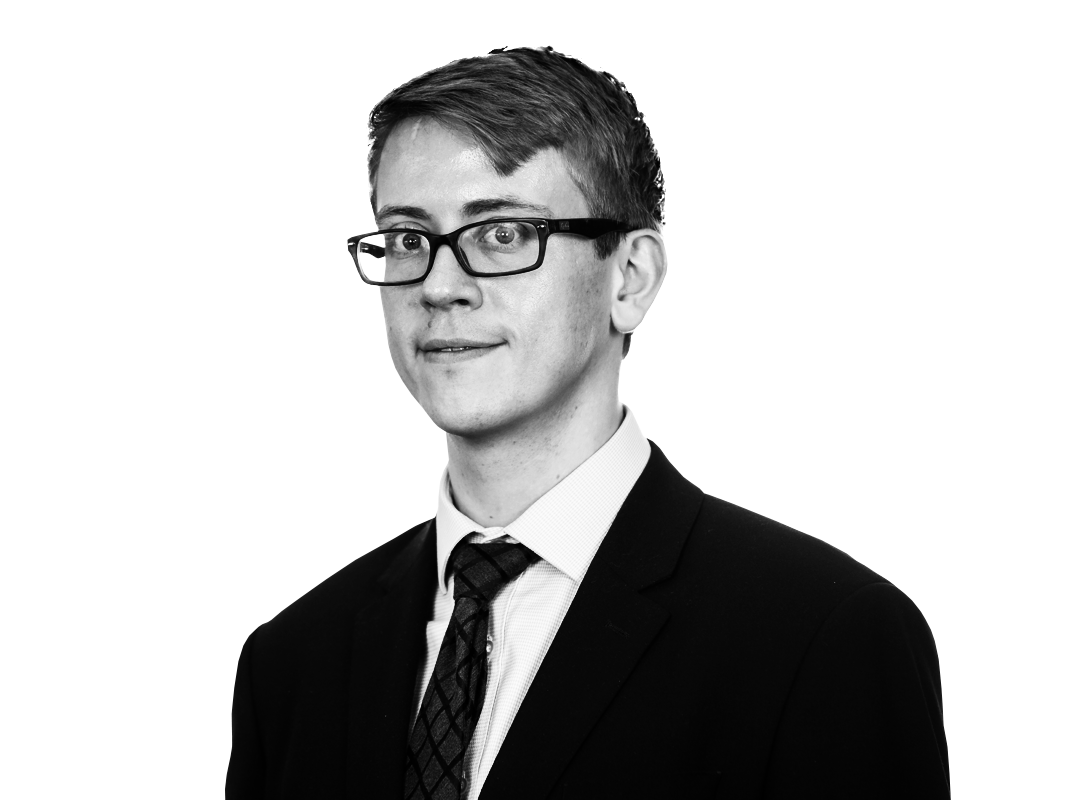 The UK competition and merger control frameworks are set to change

Serious incidents and dawn raids can occur at any time. How prepared you are and how you react in the early stages of a crisis may have a significant impact on your legal position.